After reading about Jesus making a whip and then driving out the moneychangers, I wondered what ever happened to the whip. So I wrote a story of what could have happened to that whip.

The Jewish Passover was near, so Jesus went to Jerusalem. He found those who were selling cattle, sheep, and pigeons in the temple courtyard. He also found moneychangers sitting there. He made a whip from small ropes and threw everyone with their sheep and cattle out of the temple courtyard. He dumped the moneychangers' coins and knocked over their tables. He told those who sold pigeons, "Pick up this stuff, and get it out of here! Stop making my Father's house a marketplace!" His disciples remembered that Scripture said, "Devotion for your house will consume me."  (John
2:13-17)

What do I do with this this?

The man looked at the whip and wondered what to do with it.  He had just witnessed Jesus use the whip, which Jesus had fashioned with His own hands by taking some small ropes and binding them together.  Jesus had used this whip to drive the merchants and money changers out of the temple, then overturned the tables of the money changers.
“I’m glad He did this.” the man whispered.  The merchants and money changers had made a living by taking advantage of people and had made something that God intended for good into a means for personal gain.
The man continued to wonder, What should I do with it?
After the excitement had subsided, he noticed that Jesus had dropped the whip and left it behind and since he had come to the conclusion that Jesus was indeed God’s promised Messiah, he now had to figure out what to do with the whip by which the Messiah had cleansed the temple of God.
The thought went through his mind that maybe he himself should use it.  Maybe he should take up the whip of the Messiah and use it to administer justice whenever he saw an injustice happening.  After all, the Messiah had come to bring about justice, right?
Maybe the Messiah had left the whip behind because He had wanted someone else to take it up and continue what He had started.
The man envisioned himself coming to the rescue of the oppressed, whip in hand, administering justice and continuing the work Jesus had started.

Suddenly the man blushed and hung his head, realizing that he was envisioning himself as the Messiah. He looked again at the whip, this time feeling shame. The Messiah had driven out the money changers and the merchants, but hadn’t he been driven out of the temple along with them? The man knew that he wasn’t guilty of making money from temple sacrifices, but that he was guilty nonetheless.  He hadn’t taken abused the sacrificial system that God had put in place in the same way as the money changers, yet he had abused the system just the same.

The man realized that he had often gone through the motions of bringing a sacrifice to the temple, failing to bring a heart of repentance.  He considered, How many times have I simply gone through the motions, but my heart and mind were elsewhere?
As he picked up the whip and held it in his hands, he realized that he had started to think of bringing a sacrifice to the Lord as paying God off so that he could continue to do whatever he wanted.
He knew now, without questions, that he shouldn’t use this whip; at least not as a whip.  “Vengeance is mine” the Lord had said. Vigilante justice was out of the question.
There was only one thing to do.

Slowly and carefully the man began to deconstruct the whip, untying the ropes as he quietly spoke words of the prophet Micah that he had memorized as a child. They will hammer their swords into plowblades and their spears into pruning shears. Nations will never fight against each other, and they will never train for war again.
When all of the ropes had been separated, he picked them up and carried them home.  I will use these ropes when I bring a sacrifice to the Lord, he thought to himself.  In the hands of the Messiah these can be used to bring about justice.  But not in my hands. Yet when I hold these ropes in
my hands, when I use them to lead the animal to be sacrificed, I will be reminded that what the Lord desires isn’t just for me to go through the motions, but to come to him with a repentant heart.
Psalm 51
Have mercy on me, O God,     according to your steadfast love; according to your abundant mercy     blot out my transgressions. 2 Wash me thoroughly from my iniquity,     and cleanse me from my sin!
3 For I know my transgressions,     and my sin is ever before me. 4 Against you, you only, have I sinned     and done what is evil in your sight, so that you may be justified in your words     and blameless in your judgment. 5 Behold, I was brought forth in iniquity,     and in sin did my mother conceive me. 6 Behold, you delight in truth in the inward being,     and you teach me wisdom in the secret heart.
7 Purge me with hyssop, and I shall be clean;     wash me, and I shall be whiter than snow. 8 Let me hear joy and gladness;     let the bones that you have broken rejoice. 9 Hide your face from my sins,     and blot out all my iniquities. 10 Create in me a clean heart, O God,     and renew a right spirit within me. 11 Cast me not away from your presence,     and take not your Holy Spirit from me. 12 Restore to me the joy of your salvation,     and uphold me with a willing spirit.
13 Then I will teach transgressors your ways,     and sinners will return to you. 14 Deliver me from bloodguiltiness, O God,     O God of my salvation,     and my tongue will sing aloud of your righteousness. 15 O Lord, open my lips,     and my mouth will declare your praise. 16 For you will not delight in sacrifice, or I would give it;     you will not be pleased with a burnt offering. 17 The sacrifices of God are a broken spirit;     a broken and contrite heart, O God, you will not despise.
18 Do good to Zion in your good pleasure;     build up the walls of Jerusalem; 19 then will you delight in right sacrifices,     in burnt offerings and whole burnt offerings;     then bulls will be offered on your altar.

Depression is Not Due to a Lack of Faith 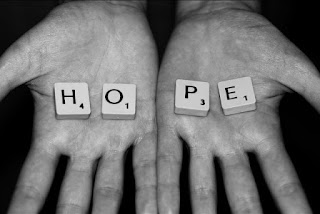 There are a lot of false teachers in this world and there always have been.  One false teaching that Christians have always had to battle is the idea that once something comes to faith in Jesus, everything will go well for them.  There is an idea that as long as your faith is strong, God will give you health, wealth and happiness.  Even though Jesus told His disciples to "deny yourselves, take up your cross, and follow me," and Paul wasn't healed of the "thorn" in his flesh, but instead he was told "My grace is sufficient for you," there are still false teachers like Joel Osteen and Joyce Meyer who tell people that God's plan for them is physical and financial blessings in this life.

Physical afflictions are not God's way of punish us, but a result of the fall into sin.  However, they can be used by God for His good because when you are weak, you must look to Christ for strength, just as St. Paul did.  I think that most Christians understand t…
Read more 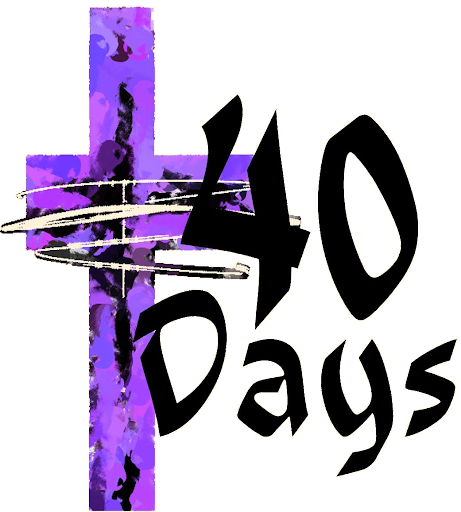 Tomorrow is Ash Wednesday, the day that marks the beginning of Lent.  Lent is a season of the church year during which we are reminded to give extra focus to repentance and faith.  Lent gives us the opportunity to clear out things that are hindering our life of faith and to add things that would be helpful.

Since the season of Lent is 40 days (Sundays don't count as part of the 40 days, FYI) I wanted to give you 40 different ideas that you could use during this season.  The idea isn't for you to do all 40, but to pick one (or a few).  Of course you don't have to do any of these and you are free to do something else if you would like.  My purpose is to spur on your thinking about such things so that all of us can benefit from the season of lent.

Many of the things listed are not unique to Lent and several should be things we do on a regular basis anyway!

Read Exodus.  It's 40 chapters long, so if you read one chapter per day you'll have read the entire book.  Exodus i…
Read more